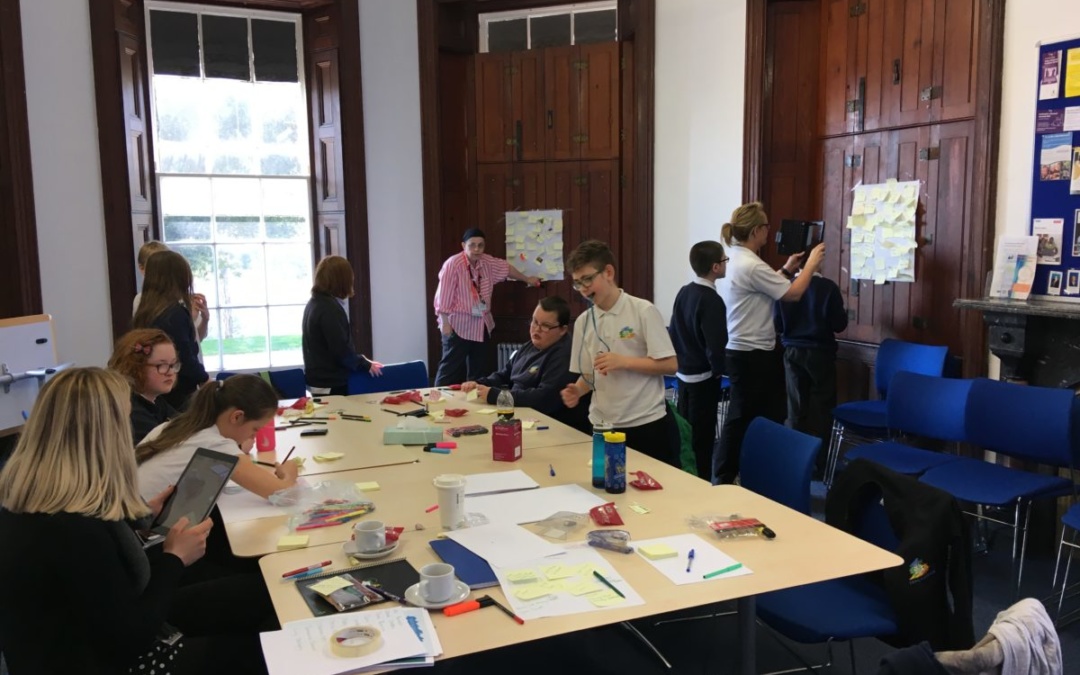 Us: A guide to being kind

Our latest video entitled ‘Us’ was made by a fantastic group of students at Pencalenick school. The group had lots of ideas and we created a range of notes on topics that the video could be about. One of the key themes that kept cropping up was the idea of ‘being kind’ and helping others. The school has a great ethos around how to treat others and the students were keen to promote this to try and educate others.

We decided to put down some ideas on post-it notes…and in a short space of time we had more than enough ideas to use for the video. The plan was to select a handful of ways to be kind and think of creative ways to film them around the school. With extra time on day one, and some glorious sunshine, we decided to do a location recce and work out the best places to film and who might want to be on camera. Following this the students made a rough script for the intro and outro and we made a list of props.

On the following day we were blessed with fantastic sunshine again and immediately went out to film. To ensure everything was clear, it was decided that we should have someone introduce each topic and the students did an excellent job explaining how to be kind. We had a brilliant day filming and a great laugh, though walking with the dog proved more difficult than we thought and the dog ended up walking us.

We managed to film the entire thing in one day and got all the footage we needed meaning the students could enjoy the following day at Pirate FM, exploring the studio and watching a brief edit of their film. It was a great 3 days and they’ve created something that reflects them and promotes their message!