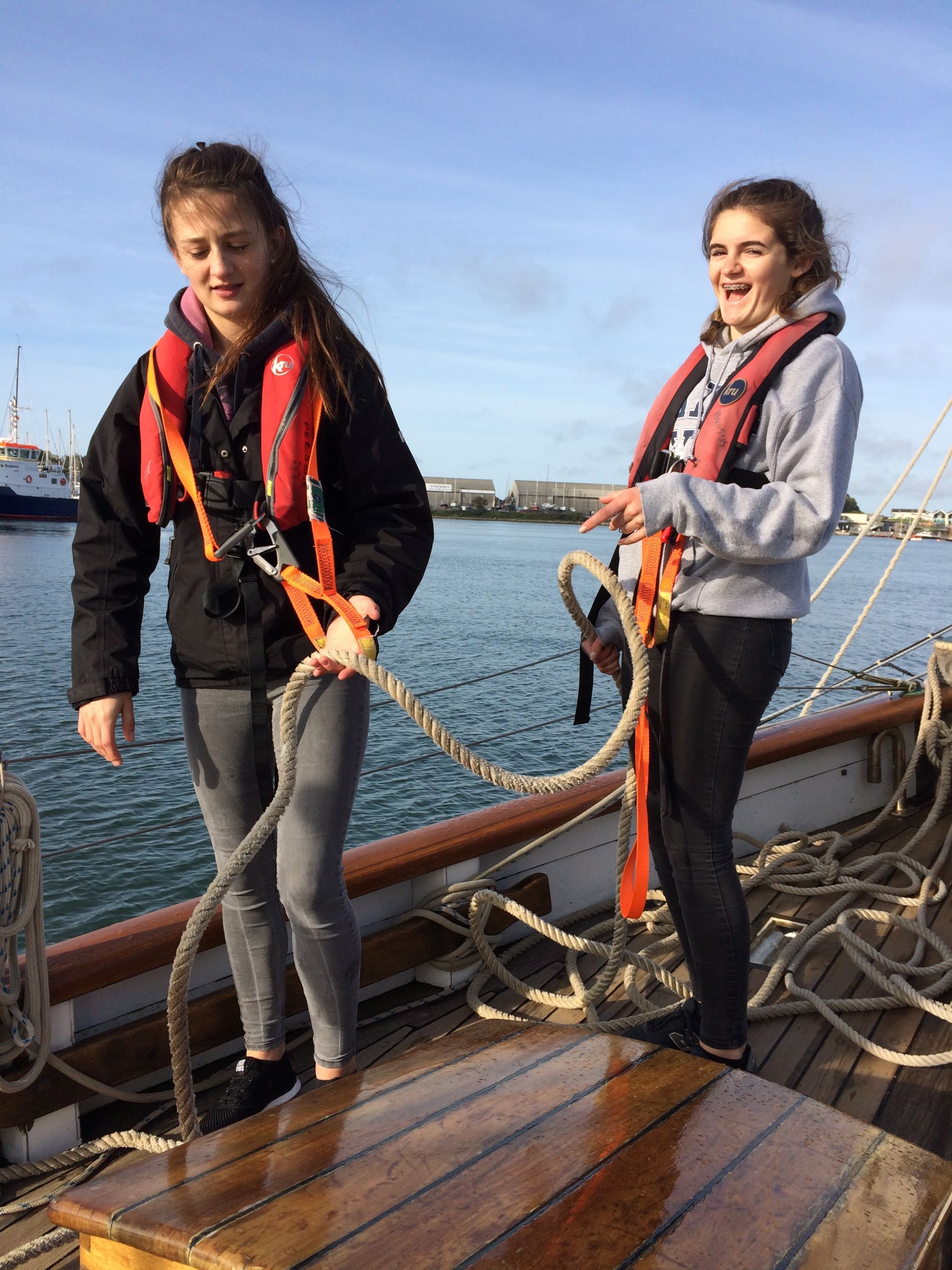 Island Trust Sailing Trip - A #HSKYouth Board meeting with a difference!

I was thrilled to be asked to take part in a overnight stay on such a big sailing boat, something I have never experienced before! I was asked because I am part of the Headstart Young Peoples Board, it was great to have something going on so close to home.

The boat was docked in Plymouth, I joined the boat with Amy (also part of the board), Helen and the two sea cadets at 7:30pm to meet James and Kate on the boat with the crew.

I was excited about seeing the bunks and I was surprised to see how cosy the whole cabin was. After unpacking we had a lovely dinner of sausage and mash and they even did veggie sausages for me and Kate! After a team clear up we got to explore the boat for a little bit then played a bizarre banana game which got very messy.

We were woken early after a brilliant night sleep and enjoyed cereal for breakfast. When I got up on deck, it was a beautiful day and I could see how marvellous the boat was. The boat belongs to the Island sailing trust, she is called Pegasus and is a 72ft pilot cutter, designed by Ed Burnett and built by Bristol classic boat company in 2008, she sails in tall ships races and is expected to win.

We all took part in the setup of Pegasus and set sail around Plymouth sound. I really loved sitting at the bow watching the world go by although it was rather chilly! People took in turns steering the boat and once we reached the breakwater it was my turn. Because the breakwater was quite far out the waves were rather high, so it was quite difficult to steer but I felt confident that I could manage. This was the roughest point of the trip and many of us started to feel slightly ill, but I knew it was best to keep steering to distract me.

Once I had turned around the boat around going back up to the port we went down to the river Tamar, at this point I had given the steering over to someone else. Once we were steadily going up the river, lunch was ready; cheese salad sandwich and a mug of tomato soup! It was delicious. And the sun was out (even though I was still cold!), whilst going up the river we got to see all the navy boats and even a submarine, which I found amazing and has given me a new interest in the navy.

Approaching the Tamar bridge, it looked like we weren’t going to make it but we did, both Kate and Amy said it was an amazing experience driving under the bridge. I love watching the calm river and boats go by, and it was a shame we had reached the end of our trip. Arriving back to the dock we cleaned up the boat and had a reflection of the trip, but what was brilliant was getting a special head start pin badge that no one had yet received!

Tagged under: My story